Cestrian Book of the Dead

From a certain sloop near the Crane,

John Blundell, in a stupor. At Denwall,

from a scaffold, Robert Mason, while caulking the stern.

Near Finchett’s Gutter, cast up by the tide

a woman with no name, like the young male child

found at Brewers Hall, where the Roundheads took siege.

six years on Lizzy Horton took her own.

Mary Turtle, while of unsound mind.

A yeoman at Burton who threw himself in.

William Cowpack, while gathering daisys in the spring.

while reaching for a Beesom's tail or wand

floating on the necromantic Dee.

On Ascension Day at Le Hollyne in 1552

At the Cage while washing clothes, a spinster.

Sailors by the fierce flow of water swept,

between Blaken Hed and Burton Hed.

The children of John Justice, a labourer,

while bathing near the fulling mill. Walter Blunkett,

in a mill race at the walke milnes.

Cut off by the tide while crossing the Salt Grass.

A boat overturned near the Stewbridge Gutter.

one Tuesday in January 1753. Thomas, on Friday,

went the way of his wife into the Book of the Dead.

Beesom's tail – besom: a broom made of twigs tied around a pole. Association with witchcraft.

Cage, the – Salmon cage near the weir at Chester.

Crane, the – former boat yards located near the Watergate in Chester.

Finchett’s Gutter – drainage channel that feeds into the River Dee near Chester.

Le Posterne – from Old French, meaning ‘gate’ or ‘entrance’; the Shipgate or Bridgegate in Chester. 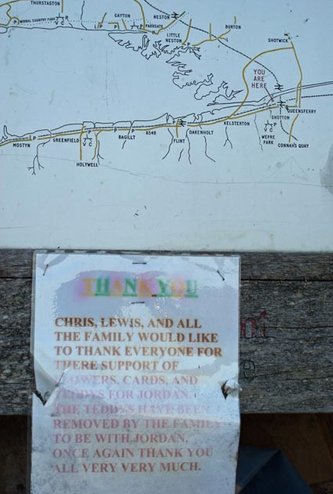